Berber Bevernage is Assistant Professor of philosophy and theory of history in the Department of History at Ghent University.

Much of his current research focuses on the uses of history and memory after violent conflict, dictatorship or cases of historical injustice. He is especially interested in the politics of time and history that are often at play in societies emerging from these types of situations and which are trying to break with painful or shameful pasts. A related research interest is that in the increasing confluence of the practices of historiography and jurisdiction, which, for example, manifests itself in the growing international preoccupation with historical justice, the establishment of truth commissions and historical commissions, the engagement in reparation politics and the issues of so-called “memory laws” in several countries around the world.

Berber has published in journals such as History and Theory, Memory Studies, Social History and History Workshop Journal. His book History, Memory, and State-Sponsored Violence: Time and Justice was published by Routledge in 2012. Together with Chris Lorenz he has edited a volume titled Breaking Up Time: Negotiating the Borders between Present and Future, which was published by Vandenhoeck & Ruprecht in 2013.

Berber is (co-)founder of the interdisciplinary research forum TAPAS / Thinking About the PASt, which focuses on popular, academic and artistic dealings with the past in a large variety of cultural and social areas. Together with colleagues he in 2012 established the International Network for Theory of History, which aims to foster collaboration and the exchange of ideas among theorists of history around the world. 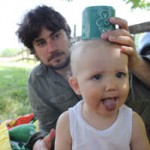