Stef Craps is a professor of English literature at Ghent University, where he directs the Cultural Memory Studies Initiative. He is the author of Postcolonial Witnessing: Trauma Out of Bounds (Palgrave Macmillan, 2013) and Trauma and Ethics in the Novels of Graham Swift: No Short-Cuts to Salvation (Sussex Academic Press, 2005), a co-author of Trauma (Routledge, 2020), and a co-editor of Memory Unbound: Tracing the Dynamics of Memory Studies (Berghahn, 2017). He has also co-edited two special issues of Studies in the Novel, on climate change fiction and postcolonial trauma novels, and one of Criticism: A Quarterly for Literature and the Arts, on transcultural Holocaust memory. He is currently guest-editing a special issue of American Imago on ecological grief.

Craps’s research interests lie in twentieth-century and contemporary literature and culture, memory and trauma studies, postcolonial theory, and ecocriticism and environmental humanities. Much of his work explores how literature bears witness to traumatic or otherwise disturbing events and experiences. For example, he studies the ways in which postcolonial literature testifies to the suffering engendered by colonial oppression. He also examines how, why, and to what effect the memory of the Holocaust is evoked in literary texts that connect the Nazi genocide of the European Jews with other exceptionally destructive, criminal, and catastrophic histories, such as slavery, colonialism, and other genocides. His latest research investigates how literature grapples with the aesthetic, ethical, and existential challenges posed by climate change. 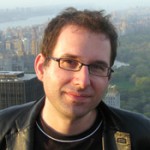