Annelies Verdoolaege (°1975) obtained MA degrees in Germanic Languages and in African Languages and Cultures from Ghent University, and an MA degree in Africana Studies from the State University of New York at Albany. Her PhD dissertation, defended in June 2005, involved a discursive analysis of the South African Truth and Reconciliation Commission (TRC). In this thesis the victim testimonies given before the TRC were analysed in order to find out how a specific kind of reconciliation discourse was constructed at these victim hearings – a reconciliation discourse that had a fundamental impact on post-apartheid South Africa.

From May 2006 onwards dr. Verdoolaege has been working as a postdoctoral researcher in the Department of African Languages and Cultures at Ghent University. She is the academic assistant to the coordinator of a VLIR-IUS project with the University of the Western Cape in South Africa. In this function she pays regular visits to South Africa.

Dr. Verdoolaege has published in the fields of discourse analysis, political science, and cultural studies, always dealing with topics such as conflict resolution in Africa; the relation between discourse and power; and the impact of the TRC, both in South Africa itself and on an international level. She is supervising MA dissertations on South Africa and restorative justice; she gives guest lectures, mainly dealing with South African post-apartheid society; and she teaches a course on Afrikaans language acquisition.

Department of African Languages and Cultures 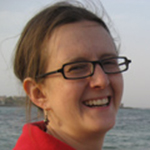