Rozemarijn Vervoort is a PhD-student in Scandinavian literature at Ghent University. She obtained a BA in Scandinavian Studies and a research MA in Literary Studies from the University of Amsterdam, and started her PhD in Ghent in 2014. In her research she will analyze the lived experience of culture in five Scandinavian novels, using Sara Ahmed’s Strange Encounters. Embodied Others in Post-Coloniality (2000) as a theoretical starting point. In this work she uses postcolonial and feminist theory to analyze cultural boundaries and postcolonial effects that still structure social interactions today, both on an individual and a communal level. Using Sara Ahmed’s approach to phenomenology, she intends to analyze five novels, focusing specifically on the lived experience of culture and how this shapes, maintains and renegotiates cultural boundaries. Ahmed’s work has inspired her to use the encounter between individuals as a way to analyze where cultural boundaries lie, how they are established and maintained and how they are renegotiated every time an encounter takes place. An important distinction that Ahmed observes and that runs throughout the entire analysis in this dissertation is the interplay between the social and the physical dimension that constitute an encounter. In Strange Encounters, Sara Ahmed stresses that the recognition of strangers involves the demarcation of not only social space but also bodily space. To date, the physical dimension of the cultural experience has remained underexposed in both the academic fields of minority literature and Scandinavian Studies. The research corpus consists of five novels that are spread out over the Scandinavian countries; Sigbjørn Skåden’s Våke over dem som sover (2014) and Hanne Ørstavik’s Presten (2004) from Norway, Lotte Inuk’s Sultekunstnerinde (2004) and Niviaq Korneliussen’s HOMO sapienne (2014) on Greenland, and Mikael Niemi’s Mannen som dog som en lax (2006) about the Tornedal area in northern Sweden. The works do not relate the history of a cultural community as a whole in each respective country, nor do they use the story of an individual merely as a metonymic device. Instead, in these works authors take an ironic stance towards collective cultural identity. They present processes of identification for both the individual and the collective, highlighting how they influence each other. Thematically, these novels all challenge conventional ideas about majority-minority dynamics. The discussion of cultural difference, especially regarding minority culture, has been mostly discussed on a national level. It will be interesting to view the negotiation of cultural boundaries that happens during encounters in a Scandinavian context, as most previous research has skipped over this angle. In the field of Scandinavian Studies, numerous studies from recent decades focus mostly on national minorities as a clearly defined, often homogenous group, specifically looking at the problematic situation of ethnic minorities and immigrants from non-European decent. In contrast, this research focuses on the experience of culture related to intra-Scandinavian relations and how they are reflected in contemporary literature.

Preliminary title: The lived experience of culture in five Scandinavian novels that question conventional ideas on identity and majority-minority dynamics 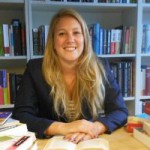