Jelena Juresa (Novi Sad, Yugoslavia) is a visual artist. She has been extensively working with the questions of national identity, politics of memory and oblivion through the media of photography, video and text. She has participated in solo and group exhibitions internationally, including her latest solo exhibitions at Künstlerhaus, Halle für Kunst & Medien, Graz and Museum of Contemporary Art in Belgrade. As the Jackman Goldwasser resident artist in 2015, in collaboration with the Hyde Park Art Center at Chicago, she is developing a new art project, tackling the questions and relations of public art – capitalism – patriarchy, as well as the production of male and female histories within this context. As an artist in residence at Q21 in Vienna in 2016, she studied the work of anthropologists and racial hygienists of Austrian imperial period, as well as politics of oblivion after WWII in Austria. Juresa is currently a PhD researcher at Ghent University, Faculty of Arts and Philosophy, Research centre S:PAM (Studies in Performing Arts & Media) and KASK Conservatorium. In 2017, she has been granted a two-year research project entitled Unfolding Amnesia, An Interdisciplinary Research into Artistic Practices and the Politics of Oblivion, in which she investigates the politics of oblivion in relation to the construction of a homogeneous national identity. Three traumatic pasts of the twentieth century in the European context are at stake. First, the negation of war crimes after the dissolution of Yugoslavia (1990 – present) and the construction of a new national identity in Serbia and Republika Srpska. Second, the construction of a national identity in Austria after the Anschluss (1938-1945), and third, the construction of a Belgian identity in the aftermath of its colonial past (1885). 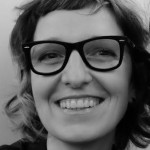