Evelyne Ledoux-Beaugrand is a postdoctoral research fellow affiliated with the Department of Literary Studies. She holds degrees from the University of Montreal (PhD in French Literatures, 2010) and the University of Quebec in Montreal (MA in Literary Studies, 2003). Her research follows three main orientations. The first line of research explores women’s literary and cultural production in the light of feminist and gender studies. The second line examines the multiple ways literary and artistic production deal with the memory of often-traumatic historical events, mainly the memory of the Holocaust. Drawing on these two projects, she is currently developing a third one that focuses on discourses and performances of vulnerability in the light of politics of (in)visibility in women’s literary and cultural productions. She considers vulnerability as a performative concept and examines the complex power relations between vulnerability, (in)visibility and the category of humanity. 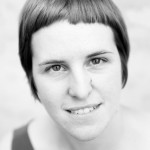