Sophie Wennerscheid is the author of the books “Close your Eyes”. Phantasma, Kraft und Dunkelheit in der skandinavischen Literatur (“Close your Eyes”: Phantasm, Power and Darkness in Scandinavian Literature, 2014) and Das Begehren nach der Wunde.Religion und Erotik im Schreiben Kierkegaards (Desiring the Wound: Religion and Erotics in Kierkegaard’s Writings, 2008). She also edited the books Kierkegaard and Political Theory. Religion, Aesthetics, Politics and the Intervention of the Single Individual, together with A. Avanessian, 2014 and Sentimentalität und Grausamkeit. Ambivalente Gefühle (Sentimentality and Cruelty: Ambivalent Emotions, 2011.

Her current book project is on Whiteness in contemporary Swedish Literature. While the concept of whiteness is mostly used to scrutinize the social construction of ethnic identity Wennescheid connects it to notions of cleanliness. The aim of her study is to examine how imaginaries of cleanliness and dirtiness can be traced as important aspects of class and identity politics and how they, along with aspects of language, gender, ethnicity and age, contribute to the process of subject formation. The project is part of the research project Language Politics and Cultural Memory in Scandinavian Literature and Film that deals with literary and cinematic representation of traumatic experiences of children belonging to a national minority in the Scandinavian countries, who were forbidden to speak in their own mother tongue long into the 1950s. With reference to recent Postcolonial Studies and Memory and Media Studies it is to be analyzed how the “colonial” past in Scandinavia is remembered today and which role literature and film play in this process.

A second project linked with Cultural Memory Studies deals with the issue of infanticide or abandonment of unwanted children and the figure of “the cruel mother” in Scandinavian texts dating from about 1680 to today. The project’s aim is to examine cruelty as a highly gendered category and to analyse the legal, the moral and the aesthetic shifts in addressing infanticide throughout history. Beside the question in which way the cruel mother is discussed and remembered it also has to be examined which genres and strategies of emotionalisation have been used to affect the reader. Cultural Memory Studies are thus combined with Gender Studies and Studies of Emotion.

Sophie Wennerscheid is currently supervising two PhD-projects in the area of Cultural Memory Studies and Studies on Identity Politics: Rozemarijn Vervoort’s PhD-project on Trauma as a result of severe language politics in contemporary Scandinavian literature and filmand An Willems PhD-project onPerformance and Theatricality in the works of Jonas Hassen Khemiri. 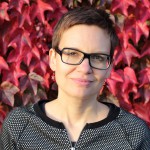