The beginning of the twenty-first century can be characterized as an era of scalar instability. Climate change, globalization, and developments in the life sciences have made it necessary to envisage a scale beyond the human, disrupting the anthropocentrism of Western literary and critical frameworks (Ray Brassier). The concept of the Anthropocene, which marks the inscription of human activities onto the Earth’s ecosystem, requires us to “scale up our imagination of the human” as it blurs the distinction between human and natural history (Dipesh Chakrabarty). While impending ecological disaster challenges our customary experience of time and space, technological innovations in communication, transportation, and economics have significantly accelerated the pace of life and condensed spatial distances (David Harvey’s “time-space compression”). At the same time, advances in our understanding of genetics and neurobiology have changed our perception of the body and the brain as coherent, contained systems, prompting us to consider them instead in terms of interactions between microscopic cellular components (Nikolas Rose).

The fluctuations in scale prompted by a consideration of the “spatiotemporal vastness and numerousness of the nonhuman world” (Mark McGurl) have also marked contemporary literature and criticism. Take, for example, the current manifestation of the “finance novel,” which arose in response to the volatility of the globalized economy. Works such as Robert Harris’s The Fear Index dramatize how the acceleration of time and condensing of space that the high-frequency algorithms of the financial system facilitate leave humans radically exposed to the variations of the market (Arne De Boever). Moreover, “neuro-novels”—novels that engage explicitly with the intricacies of neurological conditions, such as Ian McEwan’s Saturday and Richard Powers’s The Echo Maker—are symptomatic of the ways in which the insights of modern medical science have shifted our understanding of the self away from history and society to a cellular level (Marco Roth). Furthermore, the extension of time scales in works such as Don DeLillo’s Point Omega, Bruno Latour’s Gaia, and Alice Oswald’s A Sleepwalk on the Severn is emblematic of a new consciousness of humankind as a geological agent. In their respective considerations of “the impact of nonhuman otherness on human life” (Pieter Vermeulen), these various works challenge the anthropocentrism of traditional literary forms.

We invite paper proposals from PhD students that address questions of scale in contemporary literature and criticism. Possible questions for discussion include, but are not limited to:

Arne De Boever (PhD Columbia, 2009) is an Assistant Professor in the School of Critical Studies at the California Institute of the Arts, where he directs the School’s MA Program in Aesthetics and Politics. Prof. De Boever’s research focuses on critical theory and the contemporary novel. While his first book, States of Exception in the Contemporary Novel (Continuum, 2012), dealt with the fate of the novel in the post-9/11 era, his most recent book, Narrative Care: Biopolitics and the Novel (Bloomsbury, 2013), investigates the novel’s relation to biopolitics through a study of contemporary narratives of care.

Prof. De Boever has also published numerous articles on literature, film, and critical theory and is the editor of Parrhesia: A Journal of Critical Philosophy. Moreover, he edits the critical theory/philosophy section of the Los Angeles Review of Books. He is a member of the boundary 2 collective and an Advisory Editor for Oxford Literary Review. He is currently at work on a new book project, tentatively titled Finance Fictions, which deals with psychosis in the contemporary American finance novel. 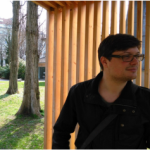 Pieter Vermeulen is an Assistant Professor of American and Comparative Literature at the University of Leuven. He was earlier an Assistant Professor at the University of Stockholm. He works in the fields of critical theory, the contemporary novel, and memory studies. Prof. Vermeulen’s first book, Geoffrey Hartman: Romanticism after the Holocaust, was republished in paperback by Continuum in the spring of 2012. He has just published a second monograph, entitled Contemporary Fiction and the End of the Novel: Creature, Affect, Form, on the paradoxical productivity of intimations of the end of the novel in early-twenty-first-century fiction. The book discusses the work of, among others, J. M. Coetzee, Teju Cole, Lars Iyer, Hari Kunzru, Dana Spiotta, and James Meek, and was published by Palgrave Macmillan in January 2015. Prof. Vermeulen is also a co-editor of six volumes: two on the relation between literature and cultural identity, special journal issues on the work of Theodor W. Adorno and on the interrelations between Bildung and the state, on the methods and forms of world literature (entitled Institutions of World Literature, published by Routledge), and on the notion of creatureliness (for the European Journal of English Studies). He is currently finishing a seventh volume, on recent developments in memory studies, which will be published by Berghahn next year.

The symposium will offer a collaborative environment for junior and senior scholars to reflect on questions of scale in contemporary literature and criticism. The aim is to aid participants in developing the methodological and theoretical frameworks used in their research, in gaining further insight into developments in twenty-first century culture and criticism, and in refining their research questions. The symposium will be comprised of the following components:

PhD students will have the opportunity to present a paper. The papers will be pre-circulated, giving participants the chance to receive targeted feedback. Senior academics, including the two keynote speakers, will chair the presentation sessions and act as respondents.

The workshops, led by the keynote speakers, will give participants an opportunity to engage with pertinent critical texts about the topic of the symposium. These texts will have to be read in advance by all participants.

A 300-word abstract for a 15-minute paper (including title, presenter’s name, institutional affiliation, and any technology requests), a description of your PhD research project (one paragraph), and a short CV (max. one page) as a single Word document to both Holly Brown (holly.brown@ugent.be) and Prof. Stef Craps (stef.craps@ugent.be).

Deadline for submission of applications:

Deadline for submission of paper drafts: