A series of four lectures by leading scholars on new directions in memory studies, sponsored by Ghent University’s Internationalisation@Home programme.

“We are beset today by an invidious competition between memories as part of an identity politics and challenged by the deterritorialization of memories as they are increasingly mediatized on the global stage. Paradoxically, despite the proliferation of memories, we are also threatened by a new amnesia as information overload risks reducing our ability to remember to that of the zombie. I will propose that palimpsestic memory offers us a vision of memory which refuses a competitive identity politics and counters the amnesia of information overload. Following Freud’s essay on memory and the children’s mystic writing pad (1925), this vision of memory takes the form of a superimposition and interaction of different temporal traces to constitute a sort of composite structure, like a palimpsest, so that one layer of traces can be seen through, and is transformed by, another. The composite structure which results from this superimposition of different temporal traces is a combination of not simply two moments in time (past and present) but a number of different moments and places, hence producing a chain of signification which draws together disparate spaces and times. It suggests that memory has always been ‘deterritorialized’ in the sense of being a hybrid, transcultural and intertextual process rather than a pure category. I will suggest that palimpsestic memory is therefore a critical space in that it opens up the bland surface of the present to what the sociologist Paul Gilroy has called the ‘knotted intersections’ of history. I will also argue that palimpsestic memory offers us a non-foundational approach to the human in keeping with Jacques Derrida’s critique of Freud’s understanding of the memory trace. It is a dynamic and open space composed of interconnecting traces of different voices, sites and times, and, as such, holds out the prospect of new solidarities across the lines of race and nation.” 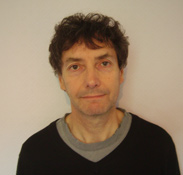 Max Silverman is Professor of Modern French Studies at the University of Leeds. His most recent work is on post-Holocaust culture, colonial and postcolonial theory and cultures, and questions of memory, race and violence. He has just completed a book on connections between the Holocaust and colonialism in the French and Francophone cultural imaginary entitled Palimpsestic Memory: The Holocaust and Colonialism in French and Francophone Fiction and Film (Berghahn, 2013). His co-edited book with Griselda Pollock Concentrationary Cinema: Aesthetics as Political Resistance in Alain Resnais’s ‘Night and Fog’ was published in 2011 (Berghahn).

2) Andrew Hoskins, “Emergence versus the Mainstream: Media and Memory after the Connective Turn”

“Twenty-first century remembering is made through a new ‘living archive’ of self, media and society: the ‘connective turn’. This is the massively increased pervasiveness and accessibility of digital technologies, devices and media, which shape ongoing re-alignments of pasts with presents by people and machines, so that connectivity becomes a defining aspect of how we relate to, experience, represent, connect with and remember a past, that suddenly seems much more abundant, pervasive, perhaps overwhelming, and apparently accessible.
Events that we live through today, personal and public, are increasingly instantly recorded, documented, and available for potential future ‘emergence’. The culture of the amateur, the eyewitness, the compulsion to record, feeds into an emergent set of challenges for how individuals and societies remember and forget.
Although much attention has been paid to this notion in relation to archival burdens and responsibilities, less explored is the vastly increased likelihood of stills, sounds, and videos, emerging beyond the lifetime of the events that they depict, to transform what was known or thought to be known about people, events, relationships. For example, social networking sites host a continuous, accumulating, dormant memory, lurking in the underlayer of media life awaiting potential rediscovery and reconnection and remediation, to transform past relations through the re-activation of latent and semi-latent connections (with our selves and with others).
However, whilst the connective turn diffuses memory: mixing and hybridising all of that which is suddenly visible and available, a key shaper of public memory – mainstream news in the West – seems more rather than less bounded by certain trajectories of media data.
This talk explores how the future of memory has a new emergent binary being both increasingly susceptible to the power of digital/mobile media to challenge and to subvert narratives facilitated through the astonishing connectivity of the internet and other media, and yet, also constrained by a mainstream trajectory of representations amidst the post-scarcity avalanche. To illustrate this development I draw upon representations of modern war, through which I suggest that an institutionalised mainstream memory persists in the media-monumentalizing of warfare.” 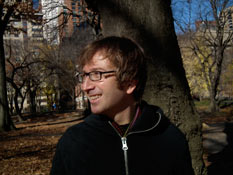 Andrew Hoskins is Interdisciplinary Research Professor and Director of the Adam Smith Research Foundation, College of Social Sciences, University of Glasgow, UK. His research focuses on the theoretical and empirical investigation of today’s ‘new media ecology’ and the nature of/challenges for security, and individual, social and cultural memory in this environment. He is founding Editor-in-Chief of the Sage journal of Memory Studies, Co-Editor of the Palgrave Macmillan Book Series: Memory Studies, founding Co-Editor of the Sage journal of Media, War & Conflict, and co-editor of the Routledge book series: Media, War & Security. His books include: War and Media: The Emergence of Diffused War (Polity, 2010, with O’Loughlin), Media and Radicalisation: Connectivity and Terrorism in the New Media Ecology (Routledge, 2011, with Awan and O’Loughlin) and Save As… Digital Memories (Palgrave Macmillan, 2009, co-edited with Garde-Hansen and Reading). Twitter: @memorystudies.

“Memory scholars have spent a great deal of their time exploring the motives behind commemoration, particularly of difficult events. What, though, are the motives of memory scholars who study these motives? Different motives, of course, are inscribed in the self-identities of different disciplines, and include description, explanation, evaluation, and even intervention. This lecture will explore the different motives of memory studies and will focus in particular on what memory scholarship shares with the commemoration it studies: namely, the effort to come to terms with suffering, or what philosophers have called theodicy. Commemoration is often an effort to explain – or explain away – suffering; this is why commemoration is not only so widespread a human endeavor, but part of why it has taken the particular forms it has in the contemporary world, a world in which theodicy has become more difficult. Understanding why memory has taken the forms it has in the contemporary world requires understanding the change in the possibilities for explaining suffering, and this is also part of understanding why memory studies has taken the forms it has. Memory studies itself, for better and worse, often has theodical motives, just like the commemoration it studies.” 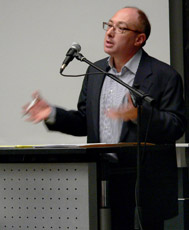 Jeffrey Olick is Professor of Sociology and History at the University of Virginia (USA). Research and writing interests include memory studies, post-war Germany, transitional justice, cultural sociology, and sociological theory more generally.  His current research, to be discussed in the lecture, includes the history of the concept of theodicy and its relevance for contemporary social theory.  His books include In the House of the Hangman: The Agonies of German Defeat, 1943-1949(Chicago, 2005), The Politics of Regret: On Collective Memory and Historical Responsibility (Routledge, 2007), and (with Vered Vinitzky-Seroussi and Daniel Levy) The Collective Memory Reader (Oxford, 2011), among others.

“This talk will focus on photography as a medium of intergenerational transmission, in particular, on how class pictures – potent instruments of assimilation and social integration – become ironic testaments to exclusion, persecution and genocide. Pre-World War Two class pictures from Vienna, Paris and Warsaw and wartime school photos from the ghettos of Lódz and Transnistria and the village of Izieu will serve as objects of discussion, along with their afterlives on the internet and in the work of contemporary artists.” 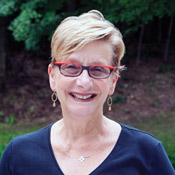 Marianne Hirsch is William Peterfield Trent Professor of English and Comparative Literature at Columbia University and Professor in the Institute for Research on Women and Gender. She is the Second Vice-President of the Modern Language Association of America. Her work engages theories and practices of cultural memory and transmission in literature and visual culture, particularly from the perspective of gender and social difference. Her most recent books are Ghosts of Home: The Afterlife of Czernowitz in Jewish Memory, written with Leo Spitzer (U of California P, 2010); Rites of Return: Diaspora Poetics and the Politics of Memory, co-edited with Nancy K. Miller (Columbia UP, 2011); and The Generation of Postmemory: Writing and Visual Culture after the Holocaust (Columbia UP, 2012).